Hello from Brasil! I played your game. Really creepy. I loved it!

This was an amazingly creepy game. Great job!

Reply
IGT100108 days ago(+2)
This game was FANTASTIC!  I didn't like how many times I shit my pants and cried, but the game gets 5 stars from me!
Reply
D.A. Dove Gaming109 days ago

This game was truly terrifying! I loved it! Was actually sad it ended lol. Cant wait for the full game to be released! Thank you developer for this amazing game! If you're interested in the gameplay, Heres my video

Tense and atmospheric experience with startling moments that work really well. The visual style is unique and artistic, well done.

Reply
Rhys Sanders111 days ago
I LOVED this game! Great graphics and it terrified me.

It's so sad to see development's on hold. You really do have something special here.

Check out my video.

Reply
Dimi B114 days ago
This was amazing!! I was so scared through out the whole game,i can't wait for the full game to come out!!
Reply
elfdaughter137 days ago

This was FANTASTIC.  Really ended up getting into the story, and found myself wanting to know more.  First game I played on this video:

Really friggin' scary, I liked the dishonored esque graphics and overall layout of the house.

Reply
WoodyRun1 year ago
I ended up getting way more into this game then I thought I would. I was so disappointed when the demo ended! I was hooked for sure. I think a bit less linearity would make a game like this amazing. I enjoyed it a lot. Thank you for making the game!
Reply
kat_ze1 year ago

I liked the style and atmosphere. Would like to play the full game.

Such a spooky game, and of course had to be mannequins

Just thought it was going to be a spooky mannequin game, but it was so much more! The atmosphere and environment were scary right away and that was well done. The story that develops after the player starts piecing things together was actually pretty neat and well done too! It got really interesting towards the end.

The contrast between the coloured rooms and time travelled times and the present and gloomy time and parts of the house was great and added a depth to the game and even made it clear that something supernatural was going on in the game itself.

The only things I would suggest would be to make the dialogues a little slower (thought they were a little fast, but that just might be me) and making the assembly of the mannequin a little spookier; maybe make the player hunt for them in the attic room for a second and add in some spooks as they do.

Overall though, it's a well made game and cannot wait for more as the story did get pretty interesting and the stuff in the house as well!

Had a fun time playing the game! Just don't make the full game... I don't want to put myself through the torture of my fear of mannequins again.

Fairly spooky and creepy at the same time. I'm also intrigued by the story behind it all.

THE JUMPSCARES ARE WILD IN THIS!!!! IM LEGIT SCARED!!

Reply
Call Me DNA2 years ago

This was a very interesting game can't wait for the full thing to come out!

great game i love it!

YES I LOVE IT! ONE OF THE BEST MANNEQUIN GAME I PLAYED. THIS DEMO IS UNDERRATED.  I CANT WAIT TO PLAY THE FULL VERSION OF THE GAME !

Wow! That was fantastic! Very sad that it's just a demo and there's no full version of the game :( The atmosphere, sounds, scares and story were very good! Here's my little playthrough (Polish language) Cheers!

Reply
NotAGoodPlayerr2 years ago
It is perfect! Thanks for this experience! Don't forget to like & subscribe for no commentary games :)
Reply
DiGeDi2 years ago

Fantastic short game. Great atmosphere and some very nice scares. I really grew to hate that little mannequin.  Props to the creator. 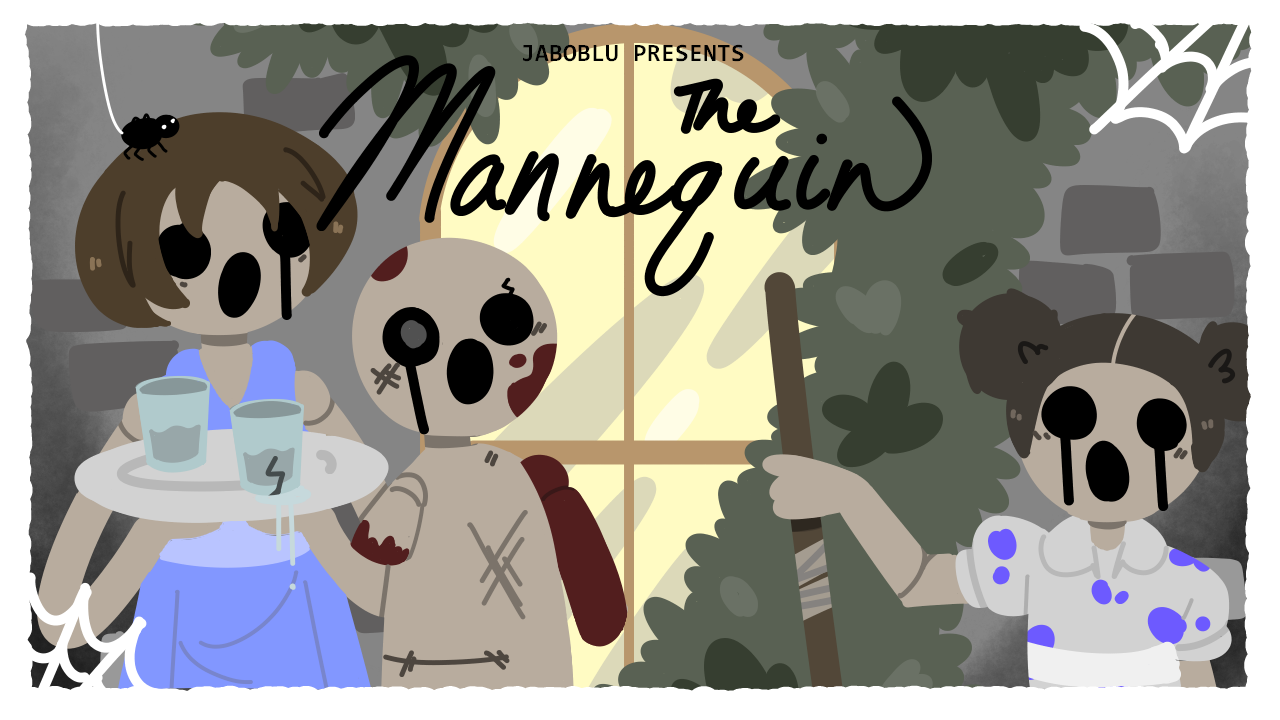 Very scary game, I really don't like those mannequins nor will I ever but still love the game. Drew this thumbnail for my channel.

Such a fun game.  Check out my playthrough!

This game is the perfect combination of scary and captivating!

Scary games usually don't scare me at all hardly, but it's been such a long while that I think that immunity wore off. This game made me jump when lisa screamed at the mannequin for appearing right behind her. It's a game I'd see myself playing when it's complete. The cell phone light needs to be worked on since it doesn't always follow the mouse when I move it. Otherwise, keep it up! Make me regret playing the game before a bathroom break! LOL

This game is so scary & dark, i was enjoyed it! The only thing i hated is MANNEQUINS, i always hate them... They are coming outta nowhere, just puff and there they are behind you. In the other hand, game was so good and worth playing it ! Cannot wait for the full game :)

I cant wait for the full game

And to be honest, this game had much more then i expected keep up the good work!

Really loved this game, it had a great creepy atmosphere and some awesome jump scares!!